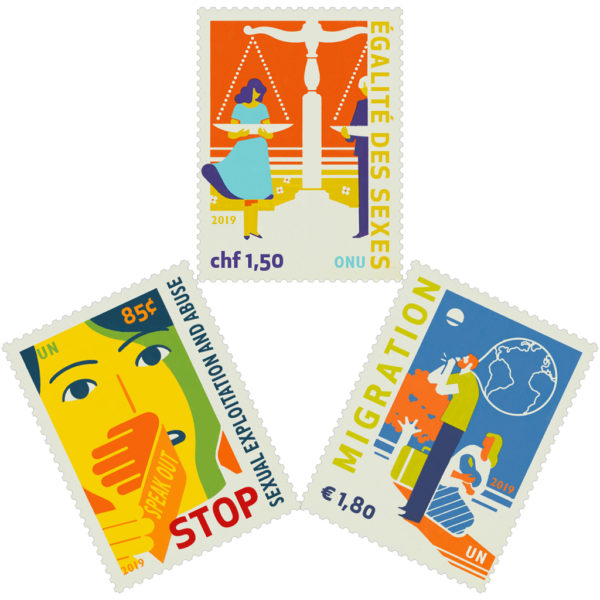 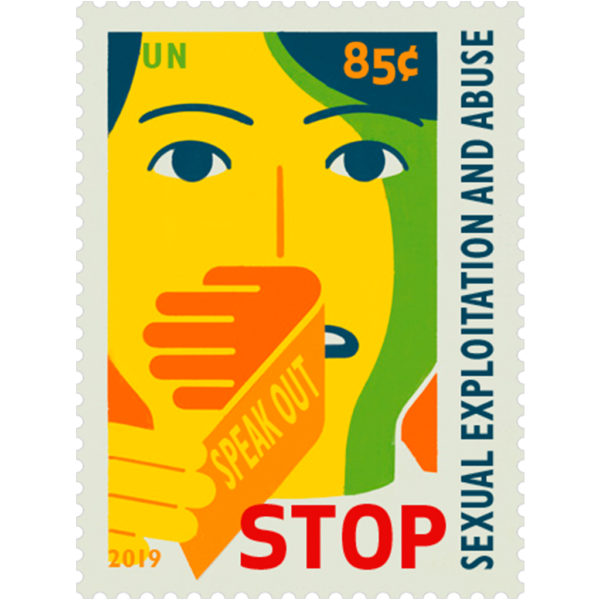 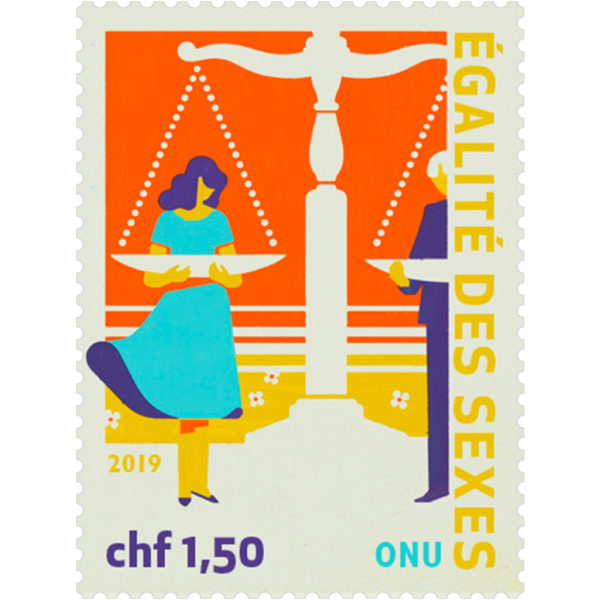 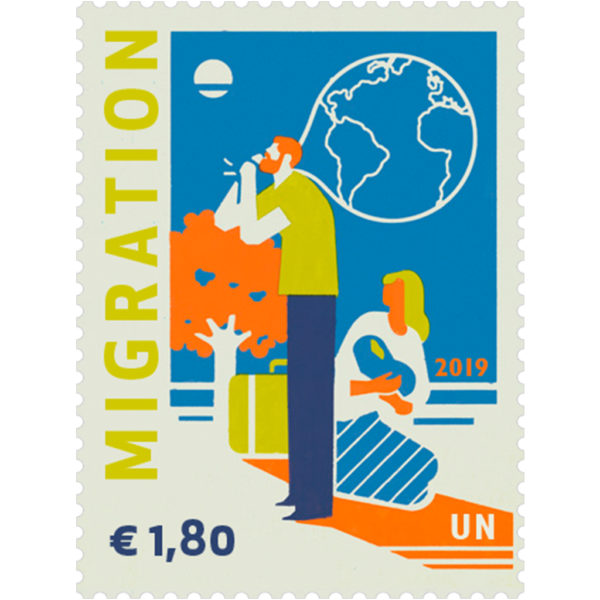 On 15 March 2019, UNPA will issue three definitive stamps on the topics of “Stop Sexual Exploitation and Abuse”, “Gender Equality” and “Migration”.

UN Secretary-General António Guterres has pledged to do all within his authority in partnership with Member States and civil society to eradicate sexual exploitation and abuse. Building on the existing zero-tolerance policy, the United Nations has developed a strategy aimed at bringing about a cultural and operational change to improve dramatically how the United Nations prevents and responds to sexual exploitation and abuse. As a centerpiece of this strategy, the Secretary-General has prioritized first and foremost the rights and dignity of victims. Prevention and accountability are at the core implementing the zero-tolerance policy, as are related measures to raising public awareness, training and conducting risk assessments.

For more information about this topic please visit www.un.org/preventing-sexual-exploitation-and-abuse.

Gender Equality
Gender equality is not only a fundamental human right, but a necessary foundation for a peaceful, prosperous and sustainable world. Women and girls represent half of the world’s population and therefore also half of its potential. While some progress has been made towards gender equality and women’s empowerment, women and girls continue to experience discrimination and violence in every part of the world. Providing women and girls with equal access to education, health care, decent work, and representation in political and economic decision-making processes will help sustainable economies and benefit societies and humanity at large.

Implementing new legal frameworks regarding women’s equality in the workplace and the eradication of harmful practices targeted at women is crucial to ending the gender-based discrimination. United Nations Sustainable Development Goal 5 – Achieve gender equality and empower all women and girls – specifically addresses these issues.

For more information about this goal as well as the other Sustainable Development Goals please visit www.un.org/sustainabledevelopment.

Migration
Record-breaking numbers of refugees and migrants are moving across international borders, fleeing conflict, persecution, poverty and other life-threatening situations, or responding to labour and skill shortages and demographic changes and seeking better opportunities elsewhere.
Migration provides immense opportunity and benefits – for the migrants, host communities and communities of origin. However, when poorly regulated, it can create significant challenges. These challenges include overwhelming social infrastructures with the unexpected arrival of large numbers of people and the deaths of migrants undertaking dangerous journeys.
The United Nations has implemented several initiatives to address these challenges. In 2016, the UN General Assembly decided to develop a global compact for safe, orderly and regular migration through the adoption of the New York Declaration for Refugees and Migrants. In July 2018 UN Member States finalized the text for the Global Compact for Safe, Orderly and Regular Migration which was formally adopted by Member States at an Intergovernmental Conference, held in Marrakesh, Morocco, in December 2018.
For more information about this topic, please visit www.refugeesmigrants.un.org.

Chris Gash is a conceptual illustrator whose work can be found in The New Yorker, The New York Times, The Wall Street Journal, Time, The Atlantic, Scientific American, Politico, Fortune, Variety, Golf Digest and many others. He has worked with many big and small companies, universities and design studios including Southwest Airlines, Delta Airlines, Harvard University, Barnes & Noble, Nickelodeon, Energizer, Wells Fargo, the BBC, New York University, Fred & Friends, EmDash, Taylor Design, 2Communiqué, Pentagram and most recently, the United Nations.

Chris’s work has been recognized by the Society of Illustrators, Communication Arts, American Illustration, 3×3, Lurzer’s 200 Best Illustrators, Creative Quarterly and SILA, and two of his illustrations were included in The Illustrated Letter show at the New York Times. Also, Chris had the honor of having one of his illustrations included in The New York Times Notable Opinion Art, 20 selected from the 1,400 assigned that year.

Chris lives in Montclair, New Jersey with his lovely wife and four kids.