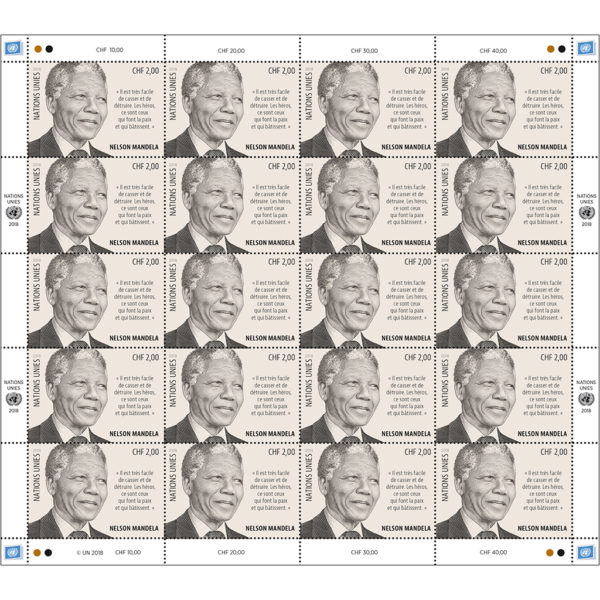 In November 2009, the United Nations General Assembly declared 18 July “Nelson
Mandela International Day” in recognition of the former South African President’s
contribution to the culture of peace and freedom. The United Nations recognizes
Nelson Mandela’s values and his dedication to the service of humanity in the
fields of conflict resolution, race relations, the promotion and protection of
human rights, reconciliation, gender equality and the rights of children and other
vulnerable groups, as well as the support of poor and underdeveloped communities.
It acknowledges his contribution to the struggle for democracy internationally and
the promotion of a culture of peace throughout the world.

UNPA pays tribute to Nelson Mandela and his 100th birthday with this CHF 2,00 stamp
illustrated by the famous artist Martin Mörck. The quote on the stamp reads “It is easy
to break down and destroy. The heroes are those who make peace and build” in French.