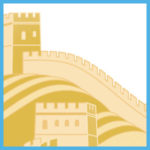 The United Nations Postal Administration (UNPA) in the Department of Operational Support will issue new “Sport for Peace” stamps to commemorate the 2022 Beijing Winter Olympics.

The XXIV Olympic Winter Games are scheduled to take place from 4 to 20 February 2022 in Beijing in the People’s Republic of China.