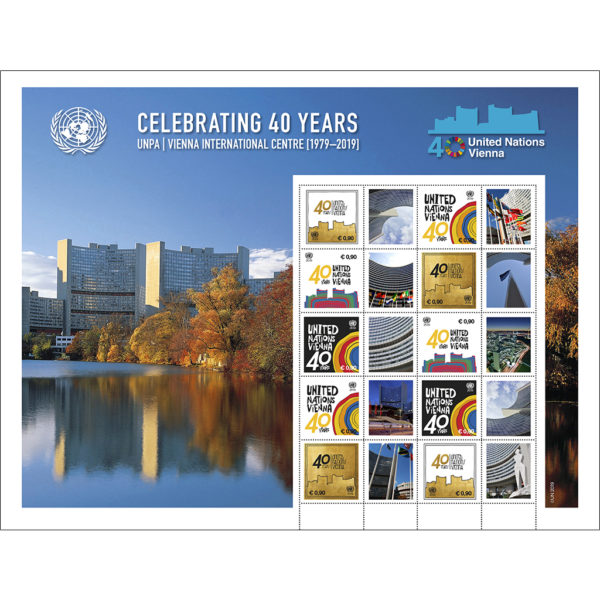 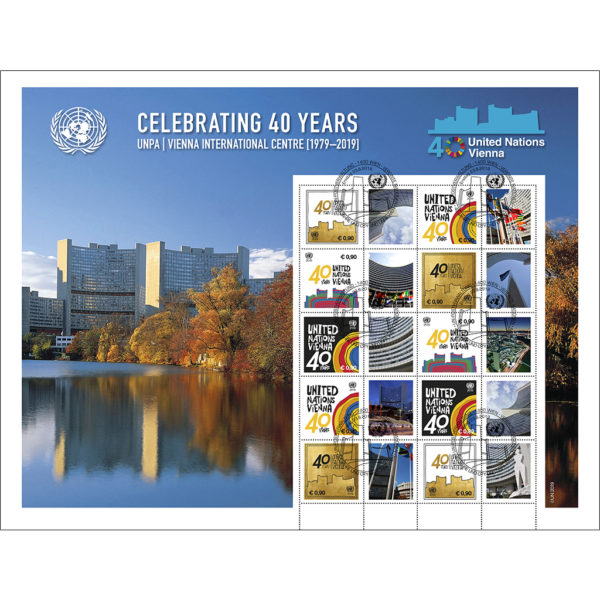 For many decades now, Vienna has positioned itself as a neutral bridge builder between East and West. 40 years ago, it finally happened – the Vienna International Centre was opened and has ever since made significant contributions to world peace. At the same time, the third United Nations Postal Administration office after New York in 1951 and Geneva in 1969 opened in Vienna in August 1979 and issued the first UN stamps in Austrian schillings.

On Friday, 23 August 2019, UNPA will issue a new Personalized stamp sheet to commemorate 40 years Vienna International Centre as well as the 40th Anniversary of UNPA Vienna. The sheet, in the denomination of Euro 0.90 features ten stamps with five different designs of the VIC in Hundertwasser style. The tabs next to the stamps picture the VIC from different angles. The background design shows the United Nations emblem as well as the official “40 years United Nations Vienna” logo and the text “Celebrating 40 years, UNPA / Vienna International Centre (1979 – 2019)”.

Customers with standing order requirements for Vienna special personalized stamp sheets (Art. 94) will automatically receive this item through their accounts.