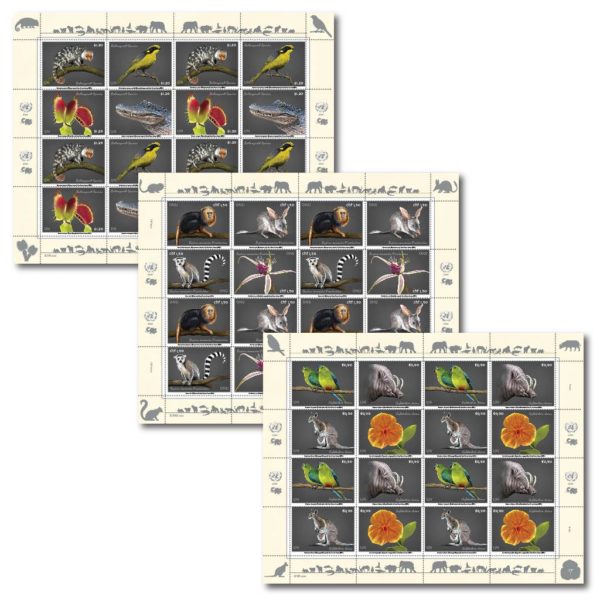 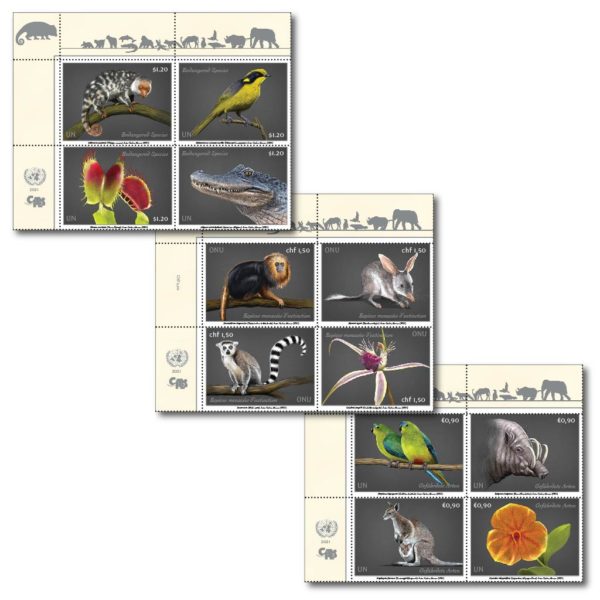 On 7 April, the United Nations Postal Administration will issue its 2021 Endangered Species stamps featuring species of fauna and flora that are endemic to a certain environment or region.

The Convention on International Trade in Endangered Species of Wild Fauna and Flora (CITES) is an international agreement between Governments. Currently having 183 States Parties, the Convention aims to ensure that the international trade of specimens of wild animals and plants does not threaten their survival.

For over 25 years, the United Nations Postal Administration has issued stamps to celebrate the many beautiful and varied forms of wild fauna and flora worldwide with the intent to raise awareness about the multiple benefits of conservation.

The stamps were illustrated by Juan Carlos Alonso (Cuban American)

Juan Carlos Alonso is a Cuban-American illustrator, author, graphic designer and creative director. He has over 30 years of experience in the graphic design/ illustration field. His passion for nature has taken him around the world – from Australia to Alaska to the Galapagos Islands – to study animals, both on land and in the sea. He is the co-author and illustrator of the Ancient Earth series of books as well as author/illustrator of the Animal Journal series. Mr. Alonso is a three-time winner of the Outstanding Science Trade Books for Students and the International Literacy Association’s Children’s Choices Reading List selection. Juan Carlos lives in Coconut Grove, Florida, United States of America, with his wife and daughter.

United Against Racism and Discrimination – CHF 2.00

United Against Racism and Discrimination – US$ 1.20

United Against Racism and Discrimination – € 1.80