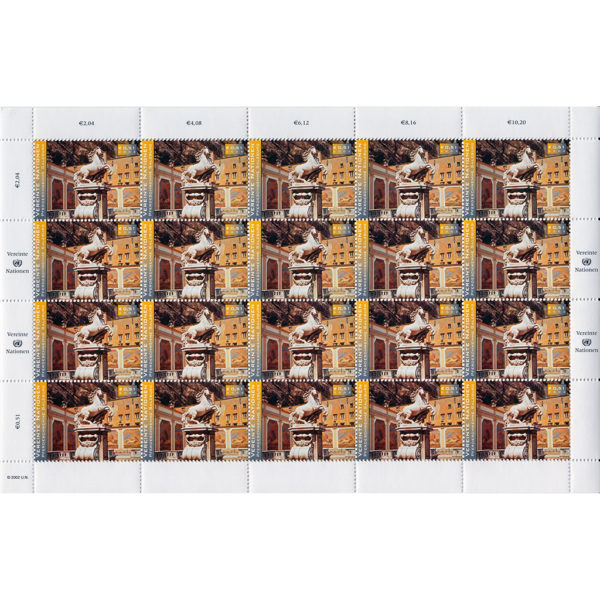 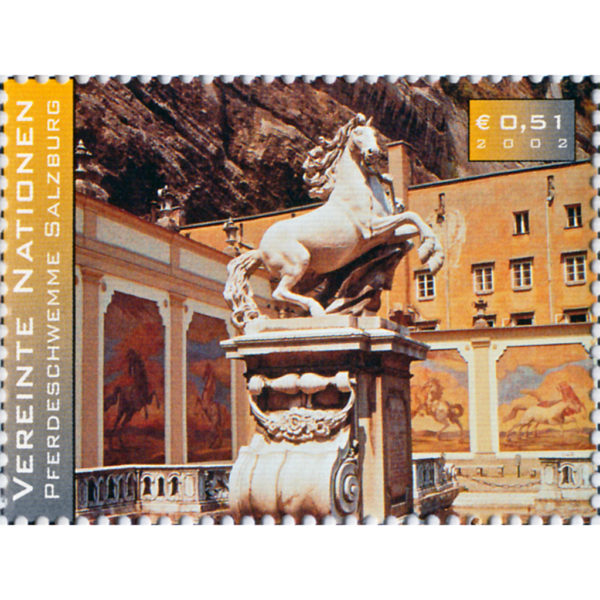 € 0,51 (2002) Full Sheet
Pferdeschwemme, Salzburg
The Pferdeschwemme, or horse-pond, situated on Herbert-von-Karajan-Platz. In Salzburg, was planned and built by Fischer von Erlach around 1695. Here the horses of the archbishop’s stables could drink and were washed. The horse frescoes are by court painter Franz Anton Ebner, the middle group showing a fresco of a horse trader by M.B. Mandi. The frescoes serve as an encasement of the former quarry. The magnificent Schwemme underlines the significance of horses in the baroque period. Behind the Pferdeschwemme is the Sigmundstor (Sigmund’s Gate), which was created in the eighteenth century to join the old quarter and the quarter called Riedenburg.
The second printing of the stamp was on 7 August 2003.
Denomination: