$0.00 0 items
Back to ViennaSingleUNESCO World Heritage2021 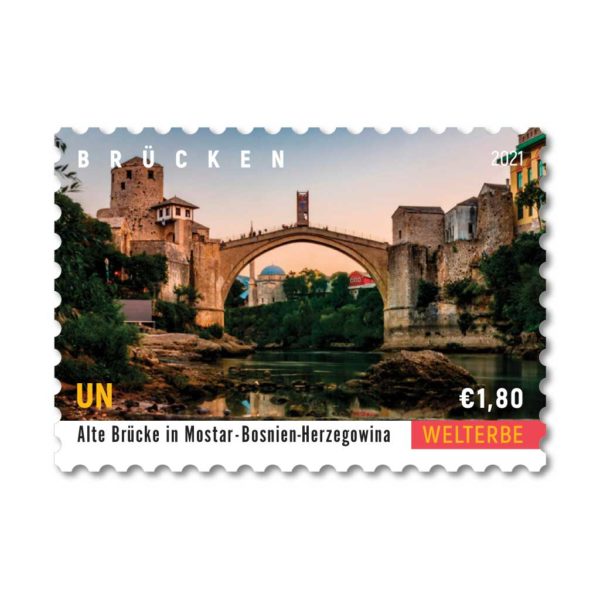 € 1,80 – Old Bridge Area of the Old City of Mostar (Bosnia and Herzegovina)

The historic town of Mostar, spanning a deep valley of the Neretva River, developed in the 15th and 16th centuries as an Ottoman frontier town and during the Austro-Hungarian period in the 19th and 20th centuries. Mostar has long been known for its old Turkish houses and Old Bridge, Stari Most, after which it is named.

In the 1990s however, most of the historic town and the Old Bridge, designed by the renowned architect Sinan, was destroyed. The Old Bridge was recently rebuilt and many of the edifices in the Old Town have been restored or rebuilt with the contribution of an international scientific committee established by UNESCO.

The Old Bridge area, with its pre-Ottoman, eastern Ottoman, Mediterranean and western European architectural features, is an outstanding example of a multicultural urban settlement. The reconstructed Old Bridge and Old City of Mostar is a symbol of reconciliation, international co-operation and of the coexistence of diverse cultural, ethnic and religious communities.

The site was inscribed on the World Heritage list in 2005.