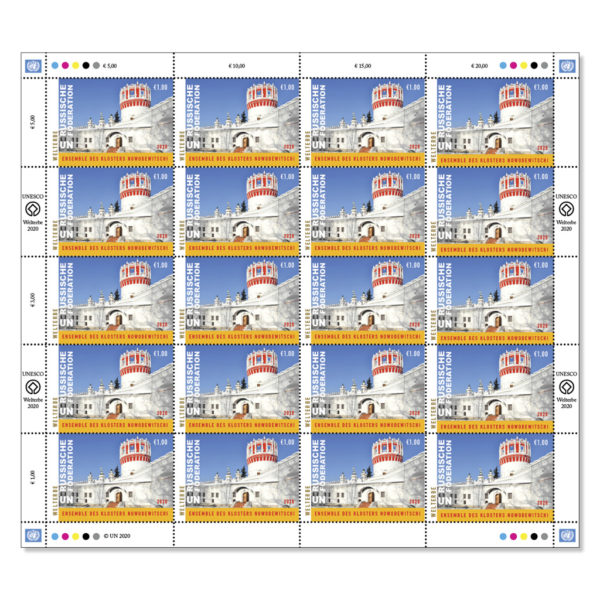 Ensemble of the Novodevichy Convent – € 1,00

The Novodevichy Convent, situated in the south-western part of the historic town of Moscow at the crossing of the Moscow River, was founded by Grand Duke Vasily III in the 1520s. It was a part of a chain of monastic ensembles that were integrated into the defence system of the city. The ensemble consists of 14 buildings, including 8 cathedrals and several residential and service buildings. The monastery is sometimes called “the Moscow Kremlin in miniature”.

The monastery is one of the most outstanding and representative examples of the so-called “Moscow Baroque”. The Convent remains a major centrepiece of the historic town of Moscow. Even though the character of the city’s urban surroundings has greatly changed, the Convent still remains an integral part of the landscape. The site provides an example of the highest accomplishments of Russian architecture with rich interiors and an important collection of paintings and artefacts.

The site was inscribed on the World Heritage list in 2004.