$0.00 0 items
Back to 2020GenevaSingleUNESCO World Heritage 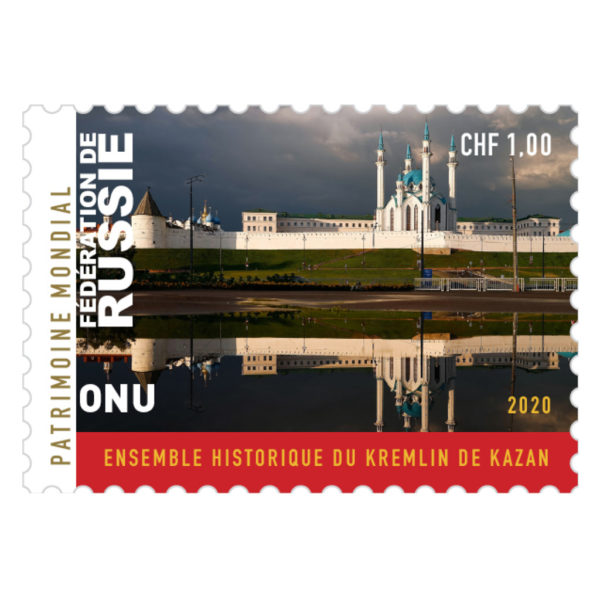 Historic and Architectural Complex of the Kazan Kremlin – CHF 1,00

Built on a site inhabited since very ancient times, the Kazan Kremlin dates from the Muslim period of the Golden Horde and the Kazan Khanate. It was conquered by Ivan the Terrible in 1552 and became the Christian See of the Volga Land. The only surviving Tatar fortress in Russia and an important place of pilgrimage, the Kazan Kremlin consists of an outstanding group of historic buildings dating from the 16th to 19th centuries.

At present, the Kremlin includes several historical, architectural, and archaeological complexes, including: the fortifications, the Governor’s Palace and Syuyumbeki’s Tower, the Annunciation Cathedral, the Public Offices, the Saviour-Transfiguration Monastery, the Cadets’ School, and the Cannon Foundry.

The Kazan Kremlin complex represents exceptional testimony of historical continuity and cultural diversity over a long period of time, resulting in an important interchange of values generated by the different cultures.

The site was inscribed on the World Heritage list in 2000.