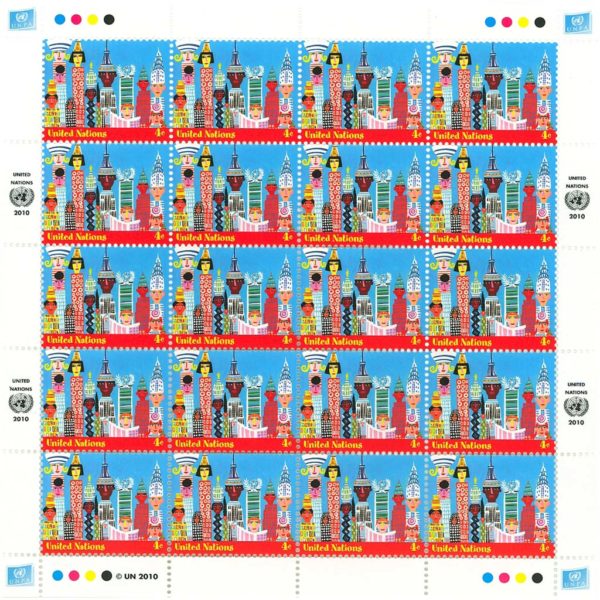 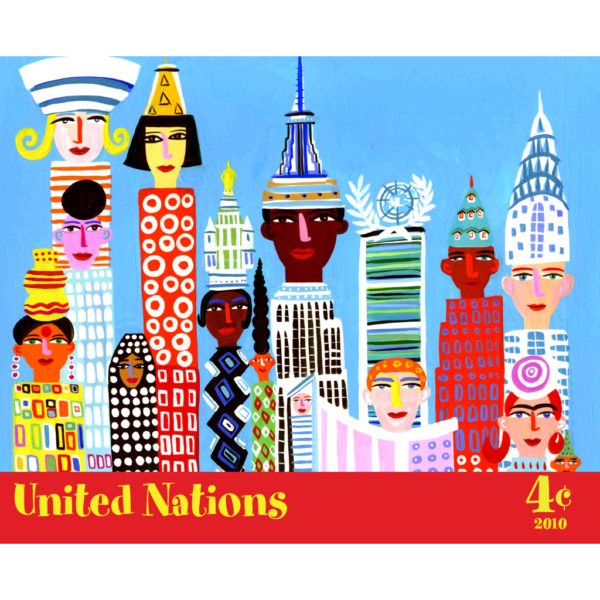 Printing and printing quantities
Quantities of 400,000 stamps (20,000 sheets) of each denomination have been printed in offset by Lowe-Martin Group (Canada).

The stamps were adapted from paintings by Christopher Corr (United Kingdom of Great Britain and Northern Ireland). Mr. Corr was born in London in 1955. He studied graphic design at Manchester Polytechnic and went on to the Royal College of Art to complete his masters degree in illustration. He was awarded the Royal College of Art Drawing Prize and a Leverhulme Travelling Scholarship to the United States of America.

Mr. Corr has had numerous one-man shows since 1983, mainly influenced by his extensive travels, at Curwen, Berkeley Square and Cadogan Galleries. He has done two exhibitions in 2008, the first for Castor & Pollux in Brighton focusing on cityscapes and the second at Midan (Musée International d’Art Naïf) in France.

His work has received awards many times, including the Chelsea Arts Club Graphics Prize, the Lloyds Bank Printmaking scholarship, the Design & Art Direction Silver Award and the Association of Illustrators Silver Award for his work on A Suitable Boy by Vikram Seth. In 2003 he won the Print magazine (United States) Award for Design Excellence for Windstar Cruises brochures.

Mr. Corr has worked on numerous commissions, including a Royal Mail millennium stamp on the subject of the United Nations peacekeeping force in Bosnia and Herzegovina. In 1996/97, as artist for Qantas, he produced paintings, posters and prints. He has also painted posters and cards and other items for London Transport, National AIDS Trust, PETA, Habitat and IKEA, UNICEF, Eurostar and Saks.

In 2007 he has been branching out into animation. He made his first film with Sherbet ( www.sherbet.co.uk) for the Rotary Foundation, about bringing clean water to the third world. Further information can be found at www.christophercorr.com .