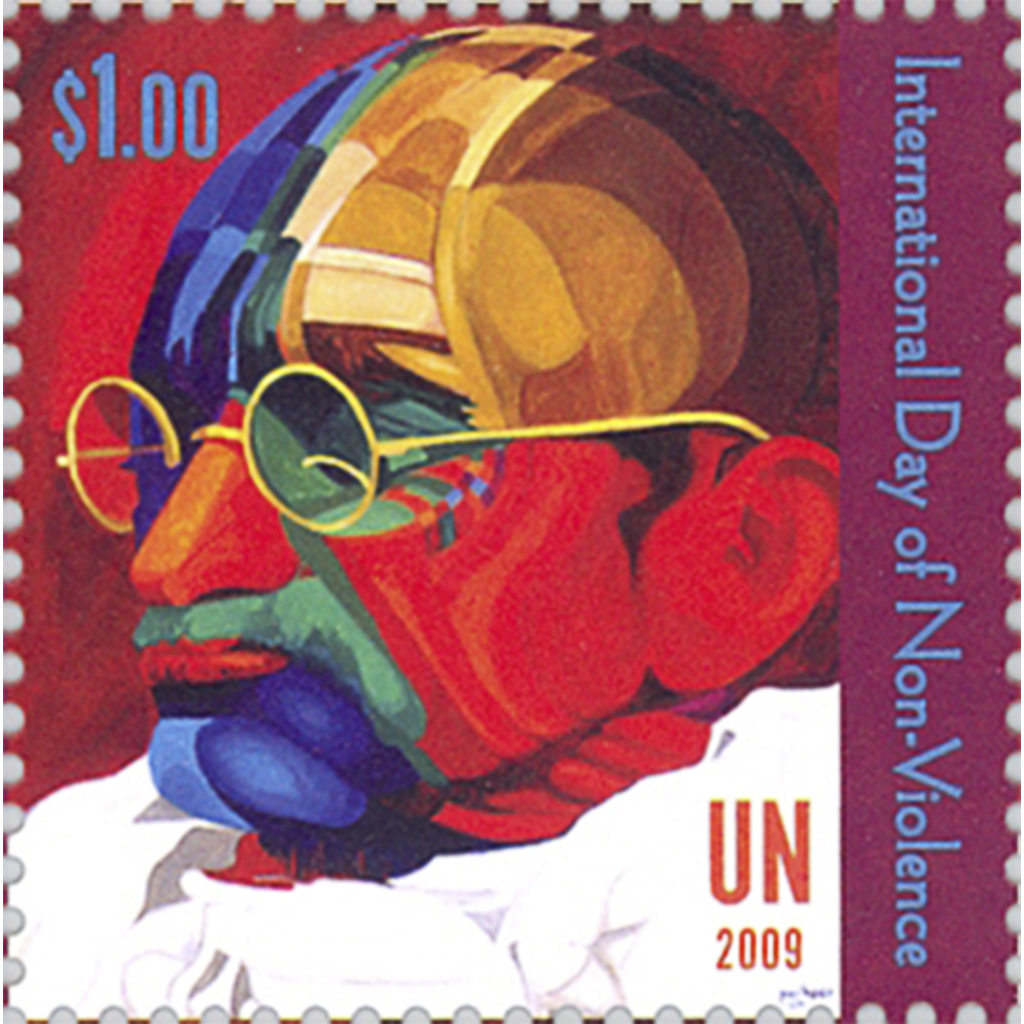 The US$ 1.00 definitive stamp was designed by Dr. Ferdie Pacheco (U.S.A.). Dr. Pacheco was born in Tampa, Florida, in 1927, with deep ancestral roots in Spain. As a painter, his imaginative use of colour and design and his aggressive use of vivid, slashing colourful patterns exude a sense of strength expressing the bold and gutsy personal statements of a man who has immersed himself fully in life. Dr. Pacheco has the rare ability to transfer these experiences onto canvas through intense colour and brushstrokes. His skills earned him the Gold Medal and First Prize in Tonneins, France, and the First Prize, Best Colourist, at Musée du Luxembourg.

Ferdie Pacheco, MD, has been called a Renaissance man because of his multifaceted career. He has been successful as a pharmacist, as a medical doctor and as a “fight doctor” in boxing, including working as a cornerman for 12 world champions, among them Muhammad Ali for 17 years. He also served as a boxing commentator for several major television networks, including NBC, Showtime and Univision, winning two Emmys. During this time, he was also the Boxing Consultant for NBC for 10 years.

Like other exceptionally creative individuals, Dr. Pacheco showed preco-city in childhood when he began drawing and painting at the age of 5. His creative abilities continued through adolescence, and his passion for the arts through cartooning enabled him to finance his medical education. Through medicine, he studied the human form, which in return gave his art anatomical integrity. His motifs were affected by art-historical influences – specifically Vincent Van Gogh; Mexican artists: Tamayo and Diego Rivera and Rufino Tamayo; German artists: George Grosz and Oskar Kokoschka; and American artists: Thomas Hart Benton and Fletcher Martin.

Dr. Pacheco’s deftly designed, intensely coloured pieces are abstract conceptions reflective of rich life experiences and profound academic curiosity. Dr. Pacheco knew Little Havana in Miami, Florida, way before the retro-Cuban wave. As a young doctor, transplanted from his native Ybor City in Tampa, he set up his practice on South-west Eighth Street in Miami the year the early Cuban exiles began streaming into the city. In their stories, he found echoes of his own family’s immigrant roots, as his father was the Cuban-born son of a Spanish consul on the island. These are stories that would stock his repertoire of detail-laden human anecdotes and inspire splashes of colours that he would transfer onto canvas.

Painting remains his passion, and his popularity has spread to other countries within the art world. He has been commissioned by various entities and has exhibited his works nationwide. His paintings are in the collections of many leading personalities and celebrities, including Andy Garcia, Evander Holyfield, Budd Shulberg, Shirley MacLaine, Ernest Borgnine and Petula Clark, to name a few.

Ferdie Pacheco has been happily married for 38 years to Luisita Sevilla, noted Flamenco artist and photographer. She also manages his art and edits his manuscripts. They live in Miami.

For more information about Dr. Pacheco and his work, visit his website at www.ferdiepacheco.com.